"The high priest of an obscure cult is preparing a ritual. Don the priest’s sacred mantle, for these holy labors are yours to direct. You may carve a votive, lead a prayer, or make a sacrifice — but you must see to the task with care. Unearthly eyes gaze down upon you from the sea above. Will your devotion reach them?

DEVOTIONALIA tied at 20th place out of of 77 total entries in the 24th annual Interactive Fiction Competition of 2018.

* This preview was an early-development sample and is not reflective of the final state of the next game! HERETIC'S HOPE will be released in December 2019. For more info on HH, including up-to-date screenshots if desired, please email me after November 14th, 2019.

"Music, darkness, melancholy, the unknowably alien, and the space to absorb them. That’s the mood which Devotionalia is after, and it skewers it like a moth on a specimen-board."
— Sam Kabo Ashwell

"In a way, this game reminds me of the works of Chandler Groover and Phantom Williams. It has a similar rich aesthetic. A surreal, haunting feel. A sense that there’s more hidden below the surface. [...] The interface matches the ambition of the prose. The music is atmospheric and appropriate. The aesthetics of the design are completely aligned to the game experience.

"Together with the glowing hypertext links and the echoing chants of the background music, the whole package is a hauntingly beautiful piece [...] As a breakfast, I think it's rice congee with a firm, white fish, topped with flakes of crispy fried onions and fresh chives. It has an ascetic look, but threads of ginger and sesame oil boiled in with the rice make it surprisingly flavourful. And then, piping hot green tea."
— Christopher Huang, The Breakfast Review

"There is a gloom to the writing, yet an incredible sense of imaginary worlds constructing themselves around you. The language and style swaddles you in the meaning and life of this cult, accepting its reality and carrying you along with it."
— Joel Couture, Indie Games Plus

"The pensive mood of the game supports its plot. The author handles the alien details of the world well, showing rather than telling and focusing on the story rather than belaboring the setting details. It’s a much more original setting and plot than most games have, and the author provides just enough details to make it comprehensible but still mysterious, befitting the priest’s uncertainty about his gods." 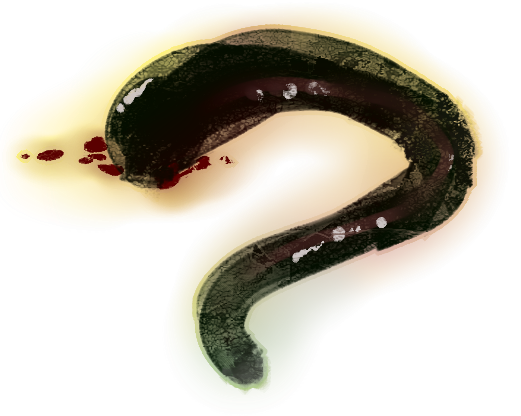